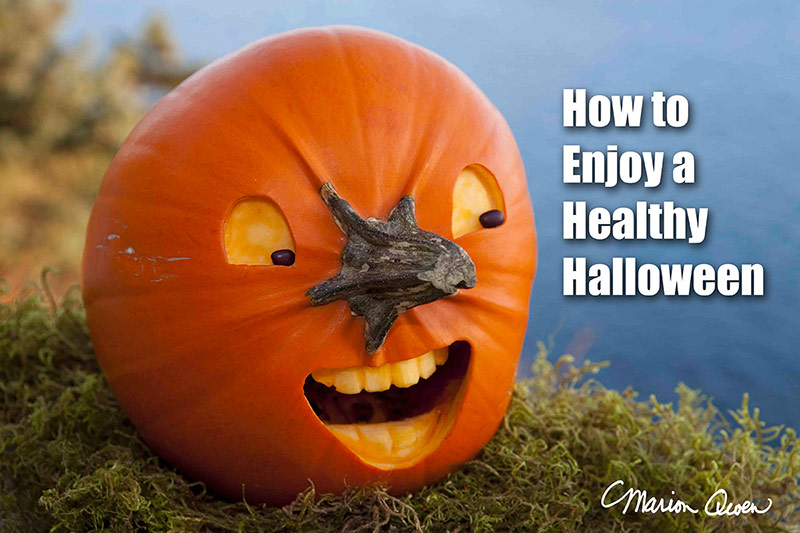 When I was eight years old, I was sick with the flu on Halloween night, hardly fit to hit the neighborhood up for candy. So, my brother offered to go Trick-or-Treating for me. What a guy.

When I was eight years old, I was sick with the flu on Halloween night, hardly fit to hit the neighborhood up for candy. So, my brother offered to go Trick-or-Treating for me. What a guy. He left the house with an empty pillow case tucked under his arm and returned later with it slung over his shoulder.

“Look what I got!” he declared at my bedside, opening it up for me. I leaned over and tried to lift the sack of candy. I eased back into the pillows. “I figured we’d share,” he said. “Though it’s kind sickening to think of all that sugar.”

That was the mid-60s and the book Sugar Blues wouldn’t be published until 1975. Sugar Blues, by William Duffy, is considered one of the foundational books in the modern health movement.

Sugar is a prime ingredient in countless substances from cereal to soup, from cola to coffee. Consumed at the rate of one hundred pounds for every American every year, it’s as addictive as nicotine — and as poisonous.

Fast forward to October 17, 2017 when the headlines for the Anchorage Dispatch News read, “Percentage of obese Alaskans more than doubled since 1991.” And article goes on to say that 36 percent of Alaska 3-year-olds are considered overweight or obese. I’m sure the statistics echo from state to state…

It’s sobering headlines like these, and red flags raised by dentists worldwide, that cause many parents to think twice about handing out processed sweets to children.

Here are a few simple strategies and recipes to support anyone hoping, wishing, and praying that the commercial side of this holiday, that is, the push for us to buy candy, would simply go away. (Candy sales are projected to increase 5.5 percent in 2017, according to USA Today).

You don’t want to take the fun of candy out of Halloween, but try to help the kiddos not overdo the sweets. (Remember, Halloween kicks off the holiday season which is usually filled with sweets and other indulgences).

On Halloween night, provide a nutritious dinner of vegetables, whole grains and protein-rich foods. A full belly helps reduce the desire to eat more, just like going to the store after breakfast or lunch tends helps us stick to the grocery list.

Serve a variety of healthy snacks like mini sandwiches, nachos, build-you-own pizzas, or tacos. And ditch the sweet soda.

One year, I gave out fresh, garden-grown carrots, complete with the green tassels attached. A couple kids reacted with a what-do-I-do-with-this-thing look (as if they’d just received a “trick”), though most of them were surprised and jazzed. A couple kids even asked for a second carrot.

Once you start thinking away from sugar, ideas will come to you. For example, you can hand out fruit roll-ups, packets of roasted pumpkin seeds, raisins or Craisins, dark chocolate. Or consider handing out school supplies like crayons, pencils and erasers. Small toys, puzzles, Sudoku, paperback books, marbles and simple games are also appropriate in reducing the amount of candy children eat during Halloween. 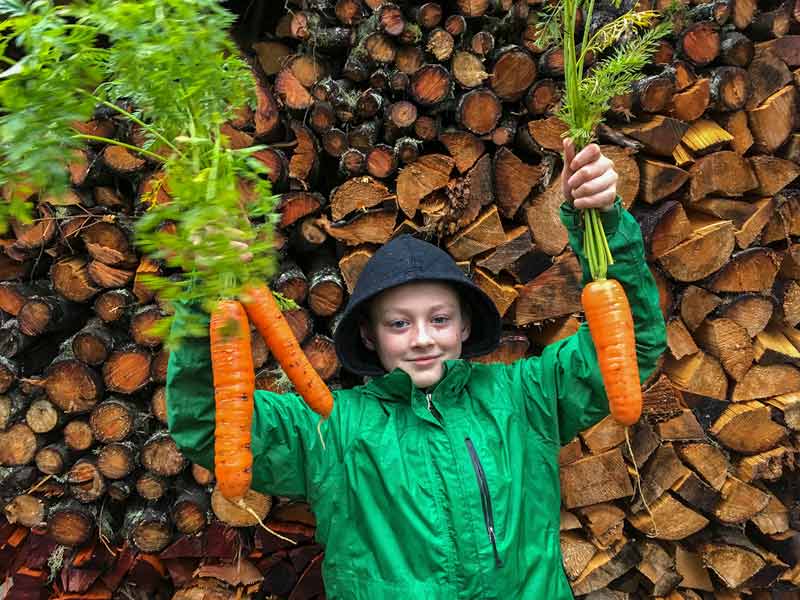 Make your own treats

Carrot Cake Bites
This is one of my favorite snacks which uses fresh carrots from the garden.

Place the pecans, dates, and raisins in the food processor and process until everything is well broken down. Add the rest of the ingredients and pulse until it is combined. Roll the mixture into 1 inch balls and roll around in shredded coconut.

Oat-Cherry Bars
I discovered the original recipe in Delicious Living magazine, and though I’ve tweaked the recipe, they remain a perfect, on-the-go bar.

Line an 8×8-inch baking pan with parchment paper to create a 2-inch overhang; set aside. In a medium bowl, combine oats, cereal, cherries, chia seeds and shredded coconut; stir to combine. In a small saucepan over medium-low heat, combine peanut butter, brown rice syrup and vanilla, stirring occasionally, for 4 to 8 minutes or until ingredients are softened and easily stirred. Pour syrup mixture over dry ingredients, and stir with a wooden spoon to mix well. Pour mixture into prepared pan, and place a piece of parchment paper on top. Press down firmly and evenly (I use a small jar or rolling pin) on parchment with your hands to pack mixture into the pan. Chill for 30 minutes, slice into bars. Wrap bars individually to give away. Store in an airtight container in the fridge for up to 2 weeks or in a zip-style, freezer bag for up to 3 months.

Have a healthy and happy Halloween! And I hope you enjoy the recipes year-round!

Marion Owen is co-author of the New York Times bestseller, Chicken Soup for the Gardener’s Soul, which is available through Amazon. 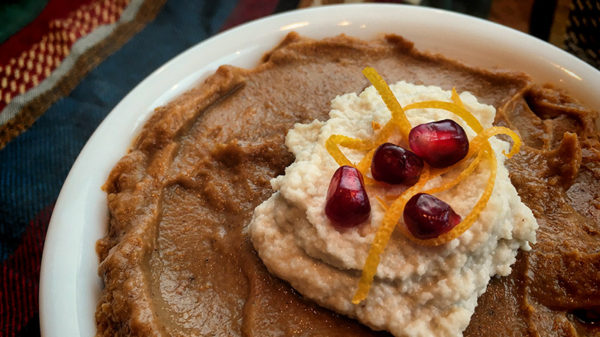 Our food journeys are most pronounced during the holiday [...] 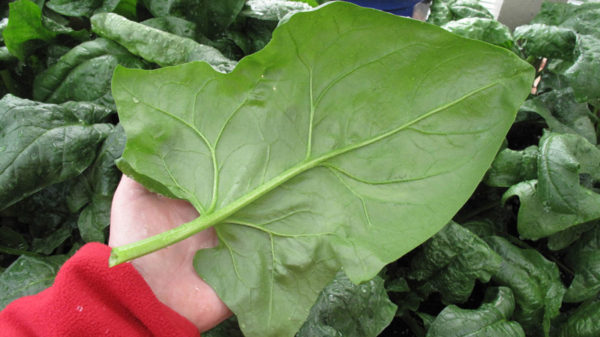 This article was originally published as one of my [...]

Is every snowflake perfect? What about us?
Winter hummingbird: My favorite photo of 2017 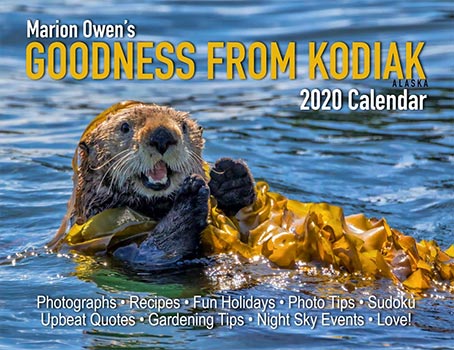 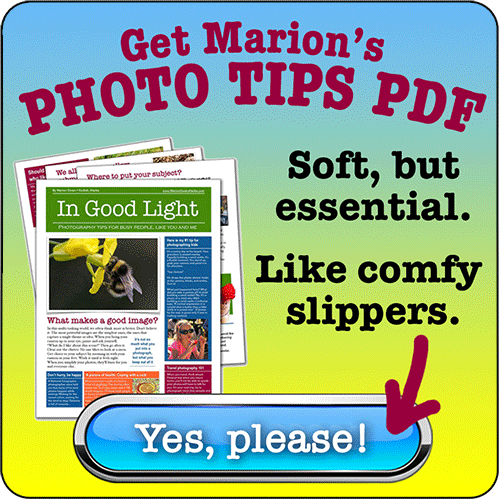 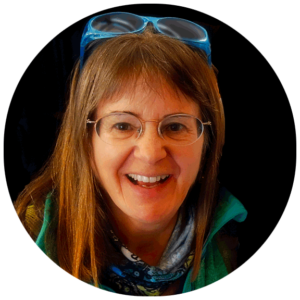 I’m Marion Owen. I work, relax, and love life in Kodiak, Alaska. I’ve worked on research ships, created photographs that hang in The Smithsonian, given up cheese and meat, and enjoy watching bumblebees and snowflakes. And somewhere along the line, I co-authored the New York Times bestseller, Chicken Soup for the Gardener’s Soul. I’m learning how to not do too much. To be authentic, embrace joy, and not burn the oatmeal.

Thank you for being here,

WHAT FOLKS ARE SAYING

WHAT'S FOR BREAKFAST? Calm and collect, this black

How do I love penguins? Help me count the ways. Th

My journey of a thousand miles in Antarctica conti

Who dat? I was happier than a clam to kneel into

LOOKING FOR A SPECIFIC TOPIC?