All is Calm, All is Bright (Organic gardening in Kodiak, Alaska #1280) 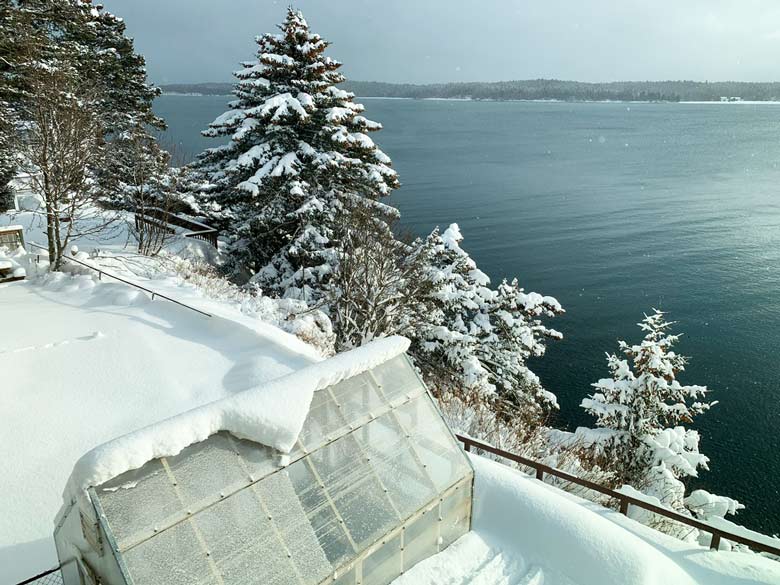 I’m teaching myself how to play a 26-string harp. It’s a challenge and it’s not always pretty: My fingers aren’t as young and nimble as they used to be and I’m learning how to read music at the same time. But as the 2020 Christmas season grew near, I asked myself, what song would have the greatest meaning for me this year? Silent Night popped into my head. It’s a hymn that often brings tears to my eyes, especially this year.

So how did this simple melody, with its words of comfort, become a beloved hymn of peace throughout the world?

It was 202 years ago when “Silent Night” was first heard by Austrian villagers attending Christmas Eve mass in St. Nicholas Church in Oberndorf.

It’s a song about a calm and bright silent night, and the wonder of a tender and mild newborn child, words written in 1816 by a young priest in Austria, Joseph Mohr, not long after the Napoleonic wars had taken their toll.

It’s a story of brightness emanating from a dark time…

[Hi there! This organic gardening article was originally published in the Kodiak Daily Mirror, the hometown newspaper for Kodiak, Alaska. You can access the archive page for my past columns, written each week since 1986].

In the fall of 1816, Mohr’s congregation was reeling. Twelve years of war had decimated the country’s political and social infrastructure. Meanwhile, the previous year, later dubbed by historians as “The Year Without a Summer”, had been catastrophically cold.

The massive eruption of Indonesia’s Mount Tambora in 1815 had caused widespread climate change throughout Europe, Eastern Canada, and beyond. In China and India, the monsoon season was disrupted. In the northern hemisphere, volcanic ash in the atmosphere caused almost continuous storms, even snow, in the midst of summer. It was an agricultural disaster. Crops failed and there was widespread famine.

In 1818, a roving band of actors was performing in towns throughout the Austrian Alps. On December 23 they arrived at Oberndorf, a village near Salzburg where they were to re-enact the story of Christ’s birth in the small Church of St. Nicholas.

Unfortunately, the St. Nicholas’ church organ wasn’t working and would not be repaired before Christmas. (Some versions of the story point to mice as the problem; others say rust was the culprit). And because the church organ was out of commission, the actors presented their Christmas drama in a private home.

That Christmas presentation of the events in the first chapters of Matthew and Luke put assistant pastor Josef Mohr in a quiet, meditative mood. Instead of walking straight to his house that night, Mohr took a longer way home, to a hill overlooking the quaint village.

From that hilltop, Mohr looked down on the peaceful snow-covered village. Reveling in the majestic silence of the wintry night, Mohr gazed down at the Christmas-card like scene. He thought about the Christmas play he had just seen and he reflected on a poem he had written a couple of years before. That poem was about the night when angels announced the birth of the long-awaited Messiah to shepherds on a hillside.

Mohr decided those words might make a good carol for his congregation the following evening at their Christmas eve service. Just one problem: He didn’t have any music to go with the song.

On Christmas Eve, the little Oberndorf congregation heard Gruber and Mohr sing their new composition to the accompaniment of Gruber’s guitar.

Weeks later, a well-known organ builder Karl Mauracher arrived in Oberndorf to fix the organ in St. Nicholas church. When Mauracher finished, he stepped back to let Gruber test the instrument. When Gruber sat down, his fingers began playing the simple melody he had written for Mohr’s Christmas poem. Deeply impressed, Mauracher took copies of the music and words of “Silent Night” back to his own Alpine village, Kapfing.

There, two well-known families of singers, the Rainers and the Strassers, heard it. Captivated by “Silent Night,” both groups put the new song into their Christmas season repertoire.

The Strasser sisters spread the carol across northern Europe. In 1834, they performed “Silent Night” for King Frederick William IV of Prussia. He liked it so much that he ordered his cathedral choir to sing it every Christmas eve.

Twenty years after “Silent Night” was written, the Rainers brought the song to the United States, singing it in German at New York City’s Trinity Church.

In 1863, nearly fifty years after being first sung in German, “Silent Night” was translated into English. Eight years later, that English version made its way into print in Charles Hutchins’ Sunday School Hymnal. Today, the words of “Silent Night” are sung around the world in more than 300 different languages.

And it is played, perhaps a little clunkily, on my harp.

Happy Winter Solstice, Kodiak, and to all the world. And may your Christmas be filled with many blessings,

I’m getting there… Slowly but surely I’m posting over 1,200 articles that you can access here. For personal updates, sign up for my newsletter, the Garden Shed: All Things Organic Gardening. As a thank you for signing up, you’ll receive a FREE PDF: 220 Things You Can Compost. (I’m also on Facebook and Instagram). To get in touch by email: marion (at) marionowenalaska.com 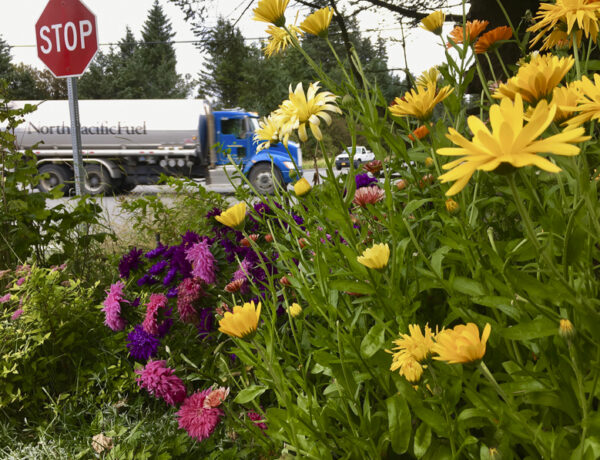 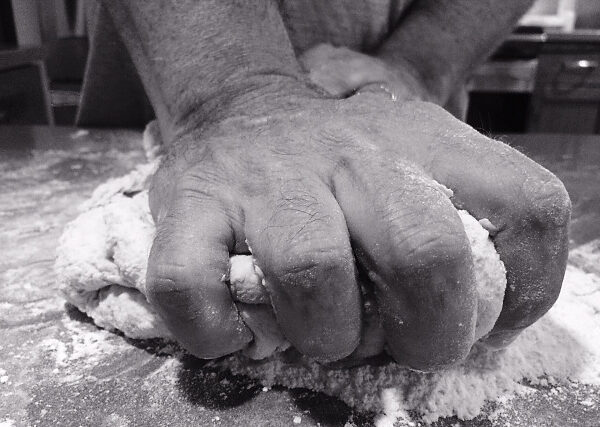 How to bake love: A photo essay 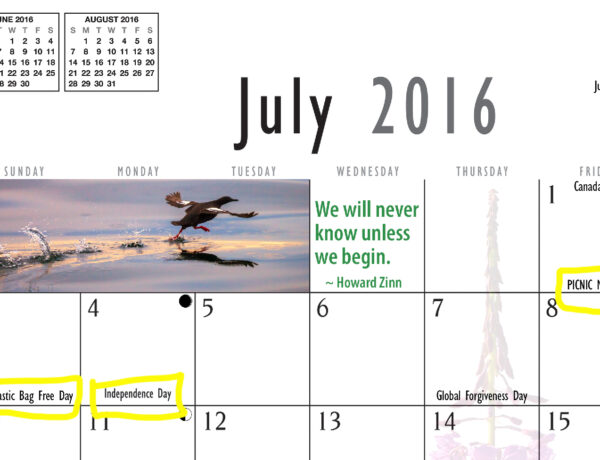 What’s to celebrate in July? Try freedom from plastic bags

How to Beat the Holiday Blues (Organic gardening in Kodiak, Alaska #1279)