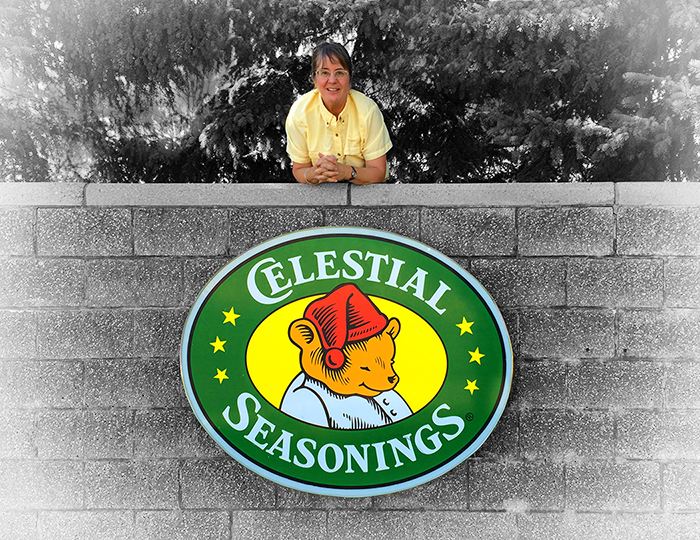 Ever had a roommate that changed your life?
In 1976, I lived in a small 2-bedroom apartment in north Seattle’s Green Lake district. My roommate, Cathy Childs, was 15 years older than me. She had long blonde hair (with split ends that I thought needed trimming), drove a Volkswagen Beetle (way too fast), ate brown rice with tamari, dressed her granola with yogurt and drank lots of Celestial Seasonings’ Red Zinger tea.

For me, Cathy was a new pair of glasses. She showed me where to shop at local food co-ops, shared the benefits of honey, and introduced me to (then) alternative books by Adelle Davis (Let’s Get Well) and Frances Moore Lappe (Diet for a Small Planet) — two women who contributed to the rise of a nutritional and health food movement that started in the 1950s.
Though Cathy and I were roomies for only a few months, she had a profound influence on my life, from the ethics of food choices to taking personal responsibility for my health. (Today I write a weekly garden and food column for our local newspaper, in Kodiak, Alaska). To this day, whenever I sip Red Zinger tea–pink and lively with orange, lemongrass, hibiscus flowers and rose hips–I think of Cathy.
Fast forward to October 2014. Knowing we were going to visit friends in Boulder, Colorado, I thought, “Finally, here’s my chance to see Red Zinger’s birthplace.”
So on a sunny Saturday, we turned onto Sleepytime Drive and stopped for a photo op by the sign with the signature Sleepytime bear on it. We parked in front of the door marked “Tours”, went inside and signed up for the 1 PM group. The receptionist gave us packets of Wild Berry Zinger tea as our entrance tickets.

We had a few minutes to kill, so we sampled iced teas and took a seat near a wall display of black and white photographs. They were a timeline dating back to 1969 when founders Mo Siegel, John Hay and others began gathering herbs and flowers in the mountains around Boulder and selling them to local health food stores.
A group of young, 20-somethings came over and began pointing at the photos. “These are hippies,” one of them announced. “See, hippies had long hair, grew their own food, and tried to eat healthy.” I smiled at their history lesson.
“Celestial Seasonings was started by a group of hippies. See them harvesting wild herbs in the mountains? Eventually they bought real ingredients.”
Real ingredients? Indeed.
Our tour guide, Sandy, handed out nifty blue hairnets. “Guys with beards get an extra one,” she said. Then she highlighted a few rules: “This is a working factory, one of the largest specialty tea companies in North America. Please stay in the yellow safety zones and don’t touch any of the equipment.
“As you walk through the facility it’s best to shuffle because the floors can be slippery from tea dust. Also, no photographs.” I stuffed my iPhone in my pocket and followed the group through a set of double doors.
We entered a large room, stacked floor to ceiling with totes and large sacks. We learned that Celestial Seasoning sources over 100 ingredients from 35 countries. Colorful signs and posters, taken from the company’s packaging, lined the walls. A rainbow of sweet odors filled the air. “Stay within the yellow lines, please,” reminded Sandy. “The forklift drivers might toot, but they don’t always stop.”
She explained that there were three steps to making tea: Milling, blending and packaging. “Today we are processing lemongrass from Guatemala.” An assistant passed around a metal bowl of twigs.
The lemongrass, like most of the other ingredients, is milled for blending by going through a process of cleaning and cutting before being run through 20 different screens, from coarse to fine. Then it goes to the blending room.
“That’s the kitchen of the factory,” Sandy said into the microphone over the din of the machinery. “Our taster, who has worked here for many years, samples over 120 cups of tea a day.”
We were escorted past bins of chamomile, ginger, cloves, ginseng, ginger, blackberry leaves and lemongrass. “If you don’t like any of the smells,” said Sandy, “just walk faster.”
Then we approached a room with a red, garage-like door with a giant red and white candy cane painted on each side. “Welcome to the Mint Room.”
The Mint Room is rather famous. It’s where the company stores giant bags of spearmint and peppermint tea. (The challenge–and joke–is to see how long you can bear the powerful aromas before you need to step out for some fresh air). Sure enough, a strong, menthol-mint smell filled my nostrils. My eyes began to water. “Mints are so potent, we keep them apart from the rest of the ingredients,” Sandy said. The good news is that you can put sachets of mint in your gym shoes or gym locker to kill the smell.”
After we walked around an assembly line of tea boxes snaking their way along a narrow highway that ended in cardboard boxes, the tour finished in the gift shop. I stood next to a display of colorful mugs that said, I survived the Mint Room. “Any questions?” asked Sandy.
“What are the top selling Celestial Seasoning teas?” I asked.
“Well, I can tell you that Sleepytime is number one,” said Sandy.
“What about Red Zinger?”
Sandy scrunched her face a little. “Hmm, I don’t think it’s even in the Top Ten.”
You know what? I really wasn’t disappointed. For me, Red Zinger will always be Number One.

Writer, photographer, and teacher Marion Owen of Kodiak, Alaska is co-author of the New York Times bestseller, Chicken Soup for the Gardener’s Soul. 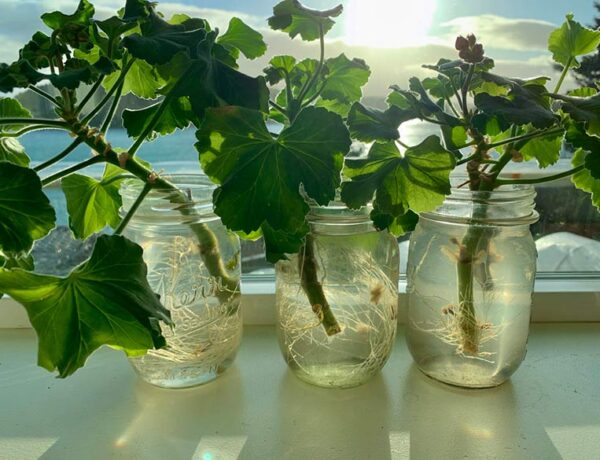 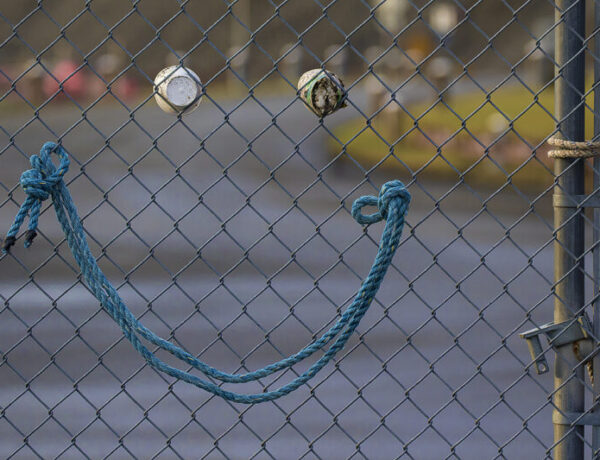 A New Year’s message from Helen Keller and friends 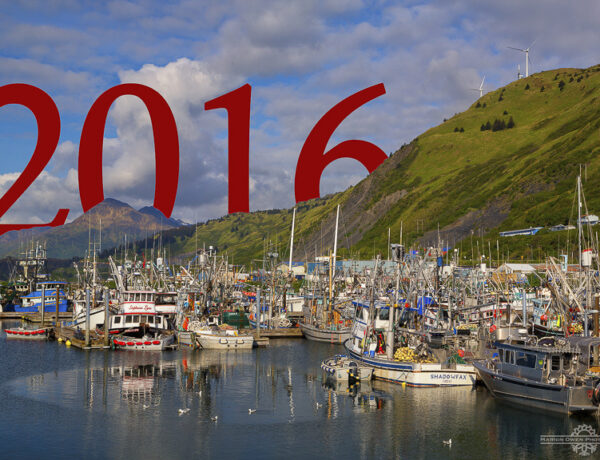 Happy New Year from an Island in the North Pacific

How to prepare and appreciate those beautiful rose hips