The language of wreaths: They’ll save you from lightning, but not love 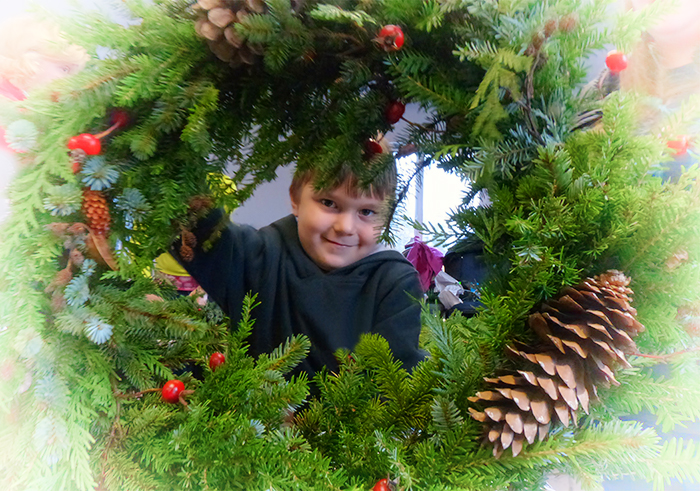 If you’re off to a party, consider placing a wreath made of violets, roses, myrtle, parsley and ivy on top of your head. According to Pliny the Elder, a corona convivial was thought to counter the effects of intoxication.
The wreath has been utilized symbolically for many centuries, dating back to ancient Greece. Olympic champions hung their prize-winning wreaths inside their houses, and during thunder storms, Emperor Tiberius wore a laurel wreath on his head to protect him from lightning strikes. Today, wreaths can mean many things, from peace and victory, to faith and unrequited love.

The language of wreaths
Until last week, I never really thought about the language of wreaths, beyond the one we hang on our door after Thanksgiving. Here’s my story…
In November, our little garden club in Kodiak, Alaska sponsors a Wreath Making Workshop. Nothing fancy mind you, for the dozen or so people that usually show up. Most years I’m out of town, but there I was, in St. Mary’s Church, preparing to wrestle with cedar twigs and wire.
I arrived early and set my pliers on a corner table to claim my spot. Within 15 minutes, 50 more people came though the door. Soon the tables were surrounded by people and covered with branches, spools of wire, pliers and Christmas decorations. The air was scented with cedar and pine, and charged with high expectations to create a showpiece worthy of the holidays.
Wreath making 101
Kate, one of the coordinators, helped put us at ease, “Making wreaths is a very forgiving skill.” Reaching into a box of evergreens, she pinched off a few twigs and held them up.
“You want to build your wreath with clumps of greens about the size of your hand. Pinch them together and then attach them to your wreath form using this spooled, green wire. Then make another clump and keep adding. “And don’t worry about making it perfect,” she added. “You’ll be amazed at how it all comes together beautifully.”
We bowed our heads and got to work. Soon my table-mates were sharing tools and swapping pine cones and ribbon.
New friends
“Are you Marion?” asked the lady across the table from me.
“Yes,” I said. “Can I help you?” As a garden writer and photography instructor, I’m used to being asked all kinds of questions.
“I’m Tasha. I just moved here from California. My husband’s in the Coast Guard. My friend Pamela said I should look you up. And I’ve been following your blog even before we moved.”

Wow, what were the chances that I’d not only meet Tasha at a function I had never attended before, but I’d be standing right across the table from her?
What’s more, I knew Pamela from our Google+ connections. A twist of faith? Maybe, but then the word “wreath” is from an Old English term meaning “to twist.”

Give me simplicity, that I may live,
So live and like, that I may know Thy ways,
Know them and practise them: then shall I give
For this poor wreath, give Thee a crown of praise.
~ George Herbert (1593–1633), British poet

As the afternoon wore on, the room hummed like a beehive. The Christmas music, audible at first, was all but snuffed out as moms, friends, teachers, kids, Coast Guard spouses and long-time residents shared stories and glue guns. An impromptu bow-tying lesson took place in the corner by the kitchen.

The inventory of evergreen boughs began to dwindle and it became obvious that cedar was the most popular green. “It smells good and it lasts a long time,” said garden club treasurer, Esther Waddell. “And if you keep your wreath outside, it can last until spring.
Esther admitted that the garden club doesn’t make much money hosting the workshop. “But that’s not the point. It’s just nice to see so many people from the community get together to make these amazing works of art. And it starts the Christmas season off in good spirits.”
Wreaths can mean many things
The good spirits continued later while I chatted with Esther over a cup of coffee. “We always seem to have a little extra greenery left over,” she said. “A few years ago, some kids gave their wreaths away to an elderly neighbor. It was all their idea.
“And last year, two young boys made a wreath for their grandmother who had cancer.”
“You know,” she added, “it just goes around like a circle.”
To learn more about wreaths, here is a great research paper called Wreath: Its Use and Meaning in Ancient Visual Culture.
Merry Christmas, and THANK YOU for stopping by…
You can follow me on Instagram, Facebook, Google+ and LinkedIn, as well as my Marion Owen Photography website.

A few more bits about wreaths you might find interesting:
While wreaths in the U.S. are pretty much associated with Christmas, hung on front doors as a sign of welcome, in English-speaking countries wreaths are also used during the rest of the year as household ornaments. One example I particularly appreciate is the harvest wreath, a custom with ancient roots in Europe. In Ancient Greece, the harvest wreath was a sacred amulet, using wheat or other plants, woven together with red and white wool thread and then hung by the door year-round.
Today, we see wreaths, made from leaves and flowers, worn as crowns and used in memorials, weddings and funerals. In many Scandinavian countries, harvest wreaths are made of woven straw. In Poland, fruits and nuts are added to the wreath and then brought to a church for a blessing by a priest.
The use of evergreens has its own significance. For many, having greenery around during the winter months is a promissory symbol of the approaching light of spring, something we can all relate to. Green, the most predominant color in nature, is considered an emotionally positive color. It’s regarded as the color of balance and harmony, of growth, renewal and rebirth. Green is also said to renew and restore depleted energy. Who can argue with such an uplifting influence in the darkness of winter? 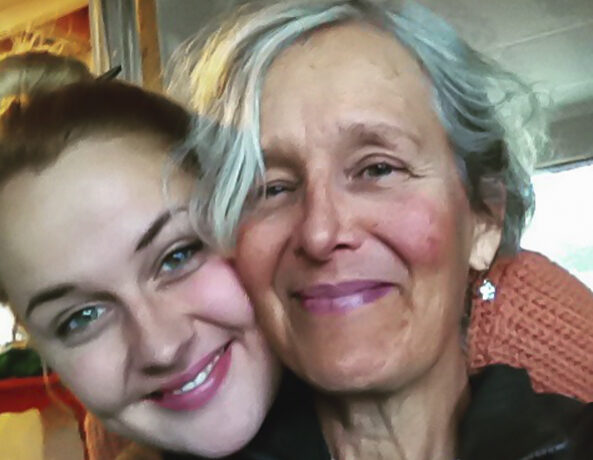 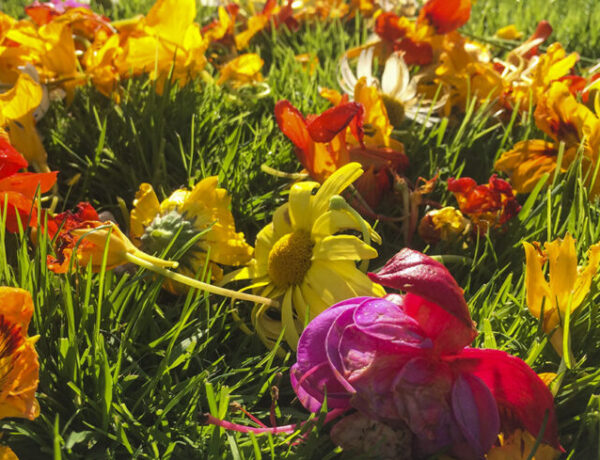 My garden, my teacher. 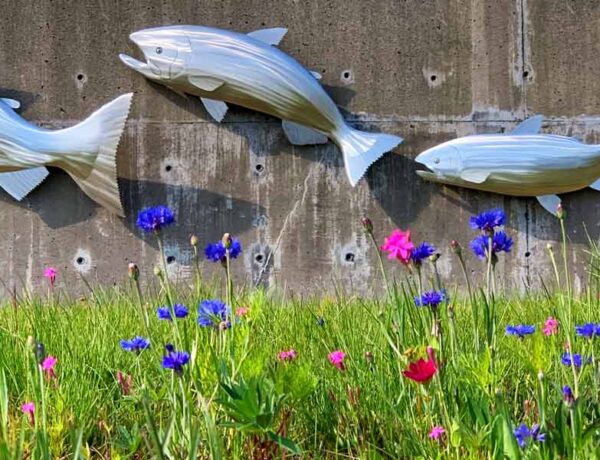 How simple photos can soothe a tangled world. Really.

The laundry can always wait

Snowflakes, Karma and God: When things don't go as planned