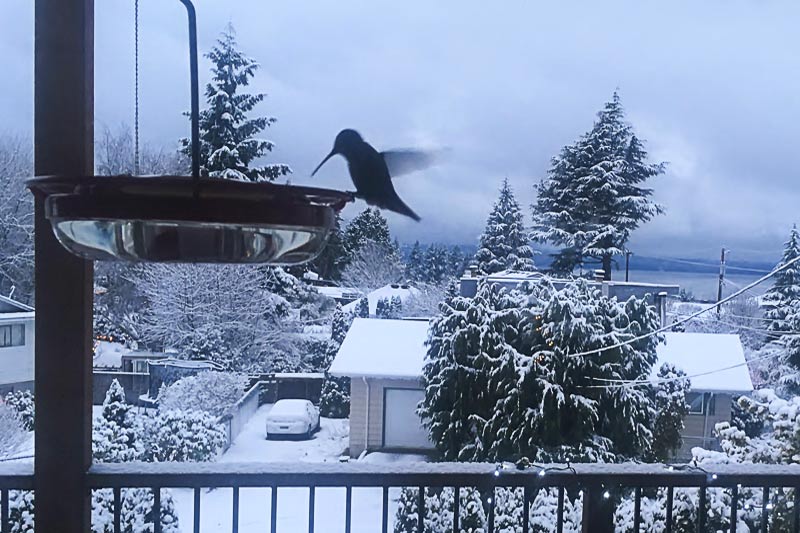 On Christmas morning, my sister sent me a photo from her iPhone. Not unusual, right? But when I tapped the screen, I froze and stared at my phone in wonder. In the center of the photo was the silhouette of a hummingbird,

clamped onto the feeder hanging outside her kitchen window. Its wings were blurred while its body was fixed in mid-air, preparing to sip the sweet liquid. The light appeared diffused and lovely; the air seemed crisp and washed. Christmas lights, twisted around the porch railing, sparkled below the feeder.

Two things made the image so moving. First, my sister is not a morning person. Second, the setting: It had snowed on Christmas eve–rare for Edmonds, Washington–creating a background of flocked trees and rooftops. And here is this hummingbird, its claws gripping the rim of the pan, feeding for its life in the winter chill…

My sister, Mara, loves–I mean loves–Christmas. I could feel her joy in the picture. “I was excited that it snowed on Christmas eve so I got up early the next day,” she told me. “The morning light was soft and blue and when the birds started coming around at dawn, I sat near the sink to watch them come and go.

“But when I tried to get closer to the window, they spooked, which was weird because they usually don’t do that when I’m working in the kitchen.” To hide herself, Mara tried draping a blanked over her body, leaving her head exposed. But that didn’t work. Finally, she turned the kitchen light on.

“When the light came on, something happened,” she said. “Suddenly they couldn’t see me anymore and I could get right up to the window to take their picture.”

I remember reading this quote by Louis Pasteur: “Chance favors the prepared mind.” So true. For me, if I prepare and plan, things tend to work out better. My sister, in her quest to photograph hummingbirds feeding on a wintery day, did her best to get ready: She charged up her iPhone, had a blanket nearby to use as a blind, planned different angles for getting the right background, filled the bird feeder a couple days before, and spent many hours studying the tiny creatures in flight while she did dishes.

“I loved the light that morning and I had a lot of fun. I took a lot of pictures,” she said. “It was worth getting up early.”

And that’s how a photograph of a hummingbird became my fave photo of 2017.

Ending note: I hope you feel inspired by this little story. But, like me, you might be wondering how the heck do hummingbirds survive cold temperatures?

According to Birds and Blooms, it has to do with going into a state of ‘torpor.’

“There are many documented reports of hummingbirds that survive the snow and freezing temperatures.”  Hummingbirds sometimes winter in the state of Washington where they endure cold periods as long as they have food sources. How do these little birds survive? They are much hardier than you think. And they have the ability to go into a state of ‘torpor’: “a type of deep sleep where an animal lowers its metabolic rate by as much as 95 percent. By doing so, a torpid hummingbird consumes up to 50 times less energy when torpid than when awake.” 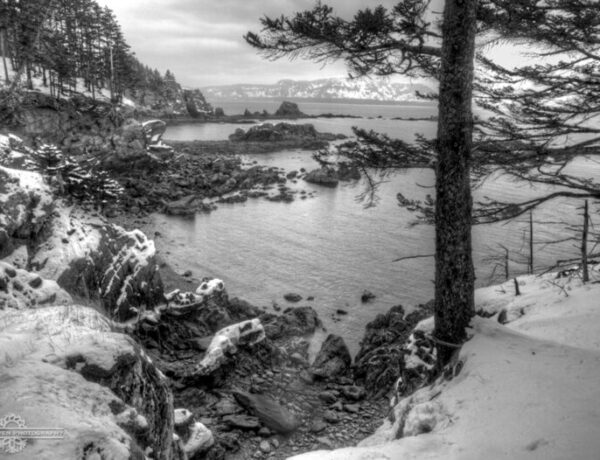 The edges of nature: When snow kisses the ocean 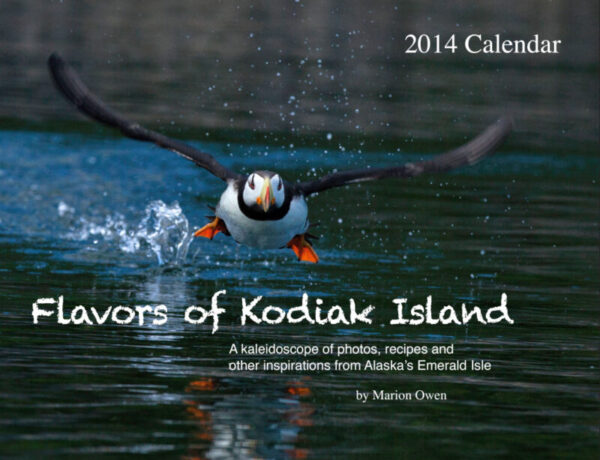 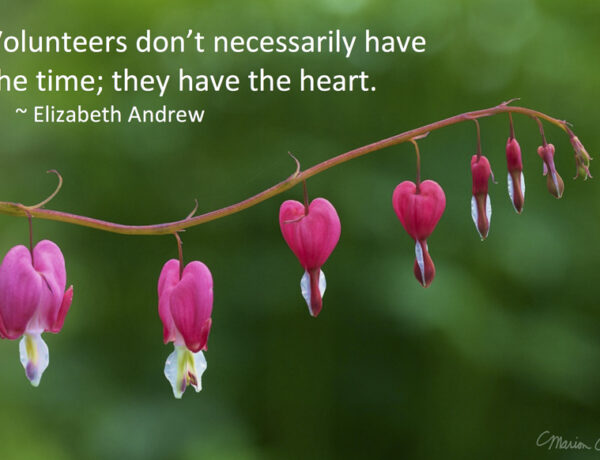 I learn about hospice, for now, through photographs