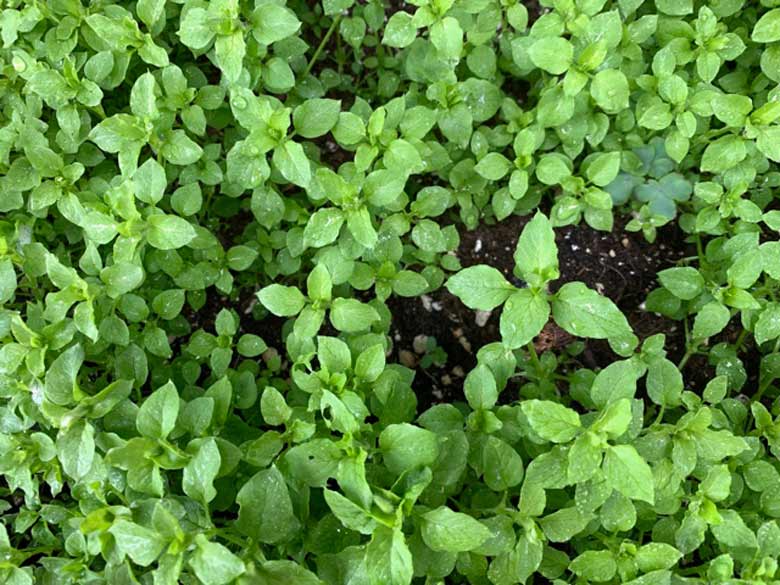 On most Tuesdays, I teach an online class called the Compost Academy. Students, mostly women, from Alabama to Australia, meet in lively Zoom meetings. It’s not just about composting either, especially on Fridays, which have become “let’s stump Marion” Q&A sessions.

Last week, the topic of weeding popped up. As in, how can you make weeding a not-so-horrible chore?

Someone mentioned chickweed. You could measure the collective groans on the Richter Scale.

Google “chickweed” and on the same page you’ll find polar opposite views: “Chickweed is an edible and delicious weed” to “How do I kill chickweed in my lawn?”

To blindly discount chickweed as a scourge in the garden that needs to be immediately eradicated is to miss out on one of nature’s more perfect herbs and foods.

“I use chickweed as a Superfood,” says Laurisa Rich, of Martha’s Vineyard, adding that Michael Pollan, author of numerous bestsellers including The Omnivore’s Dilemma and In Defense of Food, considers chickweed one of the most nourishing greens on the planet.

What makes chickweed a Superfood? It is high in vitamin C, vitamin B complex, calcium, magnesium, and zinc.

How does she eat chickweed? “I stuff it in my smoothies and clip it into salads. I also blanch and freeze it into cubes for winter.”

Stellaria media, aka chickweed, is an annual and perennial flowering plant in the family Caryophyllaceae. Native to Eurasia, it has naturalized throughout the world.

According to Penelope Ody’s wonderful reference, The Compete Medicinal Herbal, chickweed has medicinal properties and is used in folk medicine as a remedy to treat itchy skin conditions and pulmonary (relating to the lungs) diseases.

In addition to its medicinal properties, it is grown as a vegetable crop and ground cover for both human and poultry consumption.

Chickweed is also known for its high iron content and modern herbalists prescribe it for iron-deficiency anemia as well as for skin diseases, bronchitis, rheumatic pains, arthritis, and menstrual period pain.

Now I’m not an herbalist or a doctor. So beyond this article, you’re on your own.

But if you still want to get rid of chickweed, read on…

There are two species of chickweed. There is the perennial species, known as Mouse-ear chickweed (Cerastium vulgatum), which forms dense, low patches within lawns and gardens. (It somehow manages to evade whirling lawnmower blades).

The other species, common chickweed (Stellaria media), that I mentioned above, is an annual and is much easier to control. The best way to weed out (sounds better than “kill”) chickweed is by pulling as much of it out of the ground as possible by hand.

It’s a relatively easy task since both species have shallow roots, which means they can be swiftly removed by hoeing or hand pulling. TIP: Try to remove the entire plant.

Back to class… after we discussed chickweed, a student asked,

Q: Okay then, how to deter weeds?

Weeding is part of gardening, I said. And they’re a part of life, along with colds, car horns, and people we’d rather not be around.

More on that later…

I followed with this list of tips to prevent more weeds from sprouting.

Rather than think of them as The Enemy, get to know them. Remember, some weeds are edible. And dandelions might be the first real meal that a bumblebee enjoys after hibernating over the winter.

As for people you rather not be around…

To end today’s treatise on chickweed and weeding, I’ll leave you with this recipe:

This pesto is very “bright” just like summer. It’s great stirred into cooked pasta or dabbed on pizza. And it freezes well for later use.

Place all ingredients into a food processor and process until smooth. (A blender can be used instead, but it helps to chop the chickweed first. If it’s too thick, slowly drizzle in a bit more olive oil or water.

Hey there! Volunteers are needed for community project:

This community project will rehabilitate some garden boxes at the front of KWRCC’s shelter and establish three new garden boxes for growing vegetables and herbs in the back yard of the property. If you’d like to lend a hand or provide an in-kind donation, please contact Emily at [email protected]

I hope you enjoyed this sneak-peek into life on Kodiak Island.

Thanks and I hope your week goes well…

PS Gardening doesn’t have to be hard! Cut your garden maintenance in half. Help your plants survive a drought. Make weeds easier to pull. After 35 years of gardening, I have learned one important thing: Compost is the answer to all your problems. Want to know how to make compost in just 6 weeks? Begin by taking this composting assessment. And hey, you might enjoy my Joy of Composting Facebook page. If you’d like to drop me a note, here’s my email address: marion (at) marionowenalaska.com. 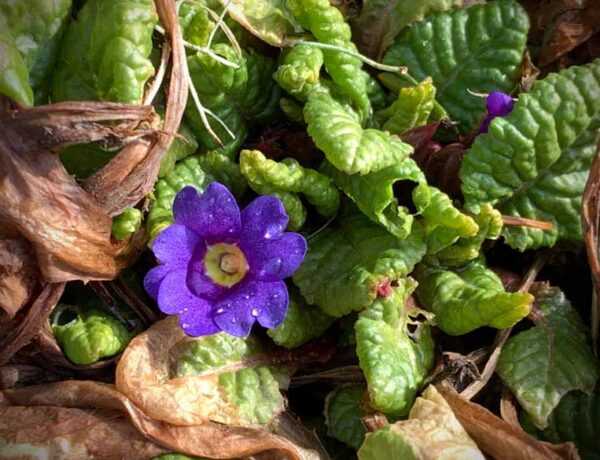 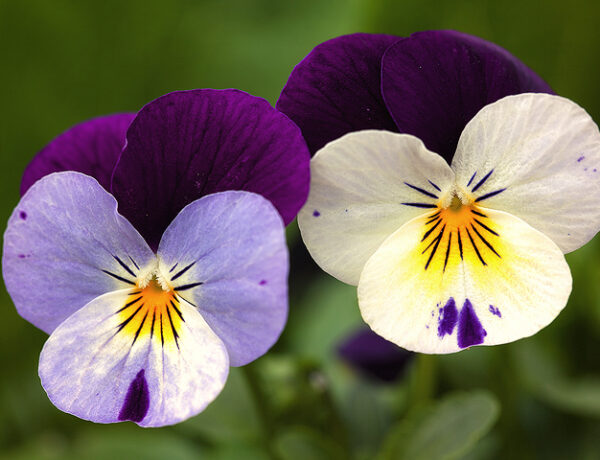 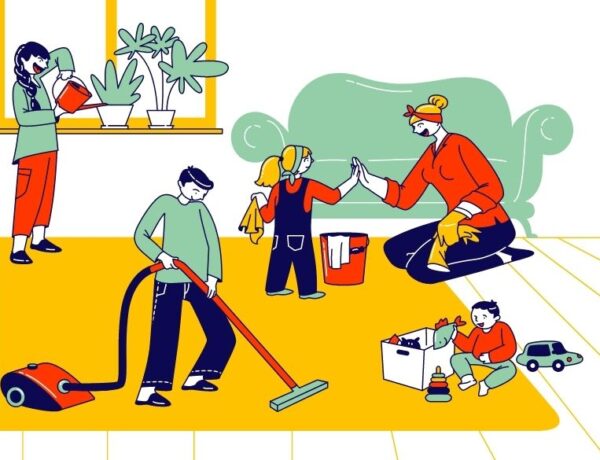